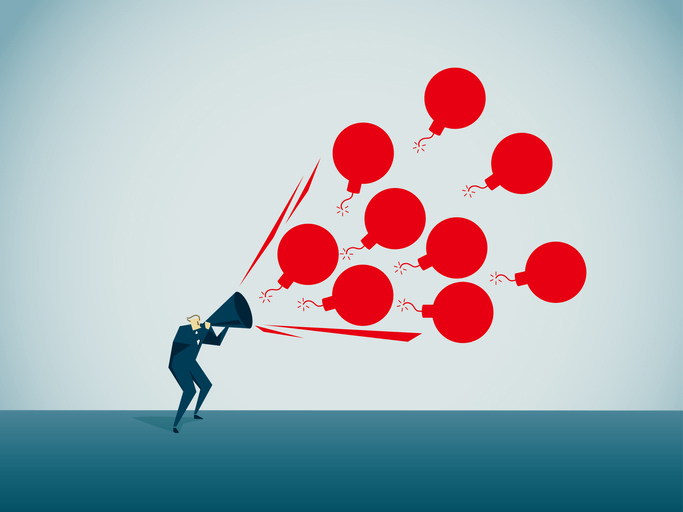 Harassment under the Equality Act 2010 is unwanted conduct related to a relevant protected characteristic which has the purpose or effect of either violating an employee’s dignity, or creating an intimidating, hostile, degrading, humiliating or offensive environment for the employee.  When considering whether conduct has that effect, an Employment Tribunal will take into account the employee’s perception, the other circumstances of the case and whether it is reasonable for the conduct to have that effect.

Mr E was a sales representative.  The team came under pressure due to overall poor sales performance.  Mr E’s sales performance was considered extremely poor.  The employer decided to carry out a performance improvement plan.  Mr E brought a grievance, relying on having been called a “pikey”.  During the course of the grievance, Mr E sought to negotiate an exit package, but the negotiations broke down.  Mr E was dismissed.

Following his dismissal, Mr E issued claims in the Employment Tribunal including claims for harassment related to disability and race.  He relied on comments that had been made to him by colleagues, in particular that he was called a “fat ginger pikey” on one occasion.  The disability relied on was diabetes.  The race discrimination allegation was based on his association with the travelling community.

The Tribunal accepted that the comment was a derogatory, demeaning, unpleasant and potential harassing comment to make.  However, it went on to consider the office culture, the context of the allegations and the overall relationship and behaviour of Mr E, the employer and its various employees.  The Tribunal found that the office culture was of “jibing and teasing”.  Mr E was an active participant in inappropriate comments and behaviour in the workplace and seemingly comfortable with the office culture and environment.  Mr E’s line manager had spoken to employees where he felt that their language had gone too far.  This had included speaking to Mr E about complaints from a female colleague about his behaviour towards her and comments he made about her.

The Tribunal found that Mr E did not react or complain at the time that the comment was made and accepted evidence that he would have done so had he been offended.  It concluded that the comment and other comments made were not unwanted, as Mr E was an active participant of the culture of banter; did not have the purpose of violating his dignity; did not violate his dignity as he was not offended; and in any event it would not have been reasonable for him to have considered his dignity was violated given the particular circumstances and context.  In addition, he had not proved any relationship between his weight and his disability (diabetes), so the disability harassment complaint failed.   The Tribunal also found that the reason for Mr E’s dismissal was his sales performance.

The Employment Appeal Tribunal upheld the decision, finding that the Tribunal was entitled to reach the conclusion it did based on the evidence that it heard.  The EAT noted that “at first blush it may be surprising that calling a colleague what many people would consider an offensive term such as “fat ginger pikey” at work does not amount to harassment, especially where the individual has links with the traveller community”.  However, it went on to note that the Tribunal had considered the facts extremely carefully and reached a decision that it was entitled to come to.

It is important to look beyond the headlines of this case.  Employers should remember that the Tribunal reached a decision based on the particular facts that the comments did not amount to harassment.  However, this case is clearly not authority for the position that comments of this type will never amount to harassment.   As the EAT noted “in other contexts and circumstances they might have done, but harassment claims are highly fact sensitive and context specific”.

An employer can be liable for the acts of harassment by an employee towards their colleague, whether or not the harassment is done with the knowledge or approval of the employer.  However, there is a defence available to an employer or principal if it can show that it took “all reasonable steps” to prevent the employee from doing the discriminatory act or from doing anything of that description.  It is important for employers to have in place equality training and well publicised equality policies which are enforced.  All allegations of harassment should be taken seriously, investigated and dealt with appropriately.

We are holding a masterclass on how employers can avoid and deal with allegations of sexual harassment on 22 January 2019, which will include an interactive workshop to discuss practical issues and best practice.  Click here for further details.