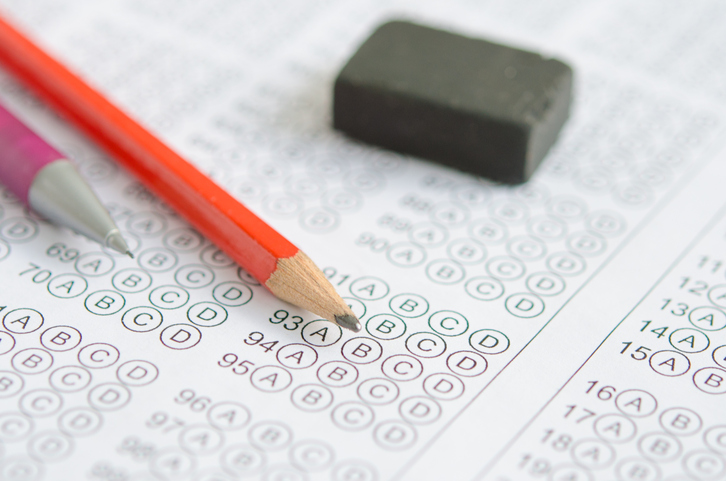 Ms B, who has Asperger’s Syndrome, applied to join the Government Legal Service.  As part of the recruitment process, she was required to sit a multiple choice test.  She contacted the GLS recruitment team and asked for adjustments to be made on the grounds of her Asperger’s, by being allowed to answer the questions in short narrative form instead of the multiple choice format.  GLS refused, saying that an alternative test format was not available, but that time allowances would be available at a later stage, once the multiple choice test had been passed.

Ms B did not pass the test, scoring 12 out of 22 when the pass mark was 14.  She issued a claim for disability discrimination in the Employment Tribunal.  It was accepted that Ms B has a disability and that GLS knew about it.  It was also agreed that there was a provision, criterion or practice (PCP) in place, which was the requirement for applicants to pass the multiple choice test.

The Employment Tribunal found that the PCP put people with Asperger’s at a disadvantage compared with those who do not have Asperger’s; and that Ms B was herself put at a disadvantage. Although GLS had a legitimate aim – testing a fundamental competency, which was the ability to make effective decisions – the means of achieving that aim were not proportionate and so not justified because there was a less discriminatory alternative.

The Tribunal therefore found that there had been indirect discrimination.  It also decided that there had been a failure to make reasonable adjustments and discrimination arising out of disability.  The Tribunal ordered GLS to pay Ms B compensation of £860.  It also made a recommendation that GLS apologise to Ms B and that it review its procedures in relation to people with a disability applying for employment, with a view to greater flexibility.

The Employment Appeal Tribunal agreed.  The medical experts agreed that Ms B fitted the profile of someone with Asperger’s likely to be disadvantaged.  There was evidence that recommendations had been made for her previously, when she was studying for her degree course, that a multiple choice test would not be appropriate.   With the benefit of adjustments, she had obtained a law degree.  She had come close to reaching the pass mark for the GLS multiple choice test, but had not quite managed it.  The Tribunal was entitled to conclude that Ms B had failed the test because of the format.

Although allowing Ms B to provide narrative answers may have caused additional cost to GLS or the need for subjective assessment of the test, these inconveniences did not outweigh the factors on Ms B’s side.

This case is an important reminder of the requirement to ensure that recruitment processes are fair and do not discriminate against job applicants.  As with other stages of employment, employers must make reasonable adjustments for disabled job applicants where appropriate.  This could include allowing extra time for the completion of the test, permitting the assistance of a reader or scribe during the test, providing written instructions in accessible formats, or making changes to the testing formats.  The extent to which such adjustments would be reasonable will depend on the circumstances but should be fully considered.