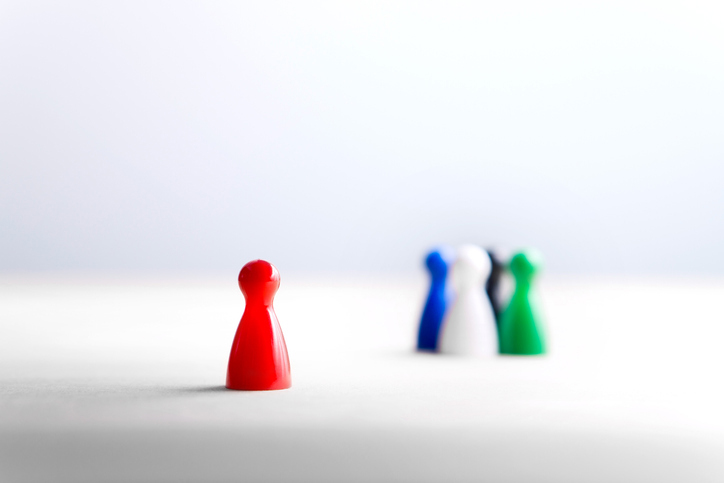 What is the appropriate level of injury to feelings award for a one-off act of discrimination?

An individual who succeeds in a claim of discrimination in the Employment Tribunal can claim an award of compensation for injury to feelings.  This aims to compensate them for the hurt, anxiety or distress that they have suffered as a result of the discrimination.  The Vento guidelines set out three broad bands of compensation, which increased in April this year:

A recent case serves as a useful reminder, however, that even in cases where there is a one-off allegation of discrimination, the award for injury to feelings does not have to be limited to the lower band.

Miss O was employed as an in-house photographer for just over three months before her dismissal.  She was told by the Managing Director that she was being made redundant – the Tribunal later found that this was untrue.  Miss O questioned why she was being dismissed and asked whether it was to do with her race.   The Managing Director, who was already accompanied by another manager, called in Miss O’s line manager to support his statement that it was a redundancy.  Surrounded by three of the most senior managers in the business, Miss O began to cry.  The Managing Director challenged her to say that this was a discrimination case and told her to collect her belongings and leave immediately.  Miss O submitted a grievance and appeal against her dismissal, but the employer did not respond.

Miss O issued Employment Tribunal proceedings, complaining of racial harassment in respect of six incidents during her employment and from the fact and manner of her dismissal.  The Tribunal found that her claim for the alleged harassment during employment had been brought too late.  However, it upheld her complaint of racial harassment in respect of her dismissal.   It found that the dismissal was unwanted conduct and the way the decision had been communicated was intimidatory and was evidence of the violation of her dignity.  The Tribunal inferred that there was a racial element that had caused, or contributed to, her dismissal.

In addition to awarding loss of earnings to Miss O, the Tribunal considered her claims for non-pecuniary losses.  The Tribunal found compensation for injury to feelings award should be within the middle of the middle Vento band and made an award of £16,000.  It also awarded her aggravated damages of £5,000 for the employer’s conduct after the dismissal; a sum for personal injury of £3,000 in respect of evidence that Miss O had been medically depressed for a period of approximately three months after the termination of her employment; and an uplift of 25% as a result of the employer’s breach of the ACAS Code of Practice on Disciplinary and Grievance Procedures, due to the employer’s failure to comply with any proper process.

The employer appealed to the Employment Appeal Tribunal (EAT), arguing that the total award for non-pecuniary losses was manifestly excessive.  On the injury to feelings award, the employer argued that as the act of discrimination was a one-off or isolated act, the award was in the wrong Vento band.  The EAT did not agree.  It found that the discrimination in this case was serious.  Miss O’s dismissal came out of the blue and she was given a false reason for why her employment was being terminated.  When she sought to challenge this reason, she was subjected to a degree of managerial intimidation that she found upsetting.  The fact that the finding of discrimination related to an isolated event (the dismissal) did not mean that the Tribunal had to award injury to feelings within the lowest Vento bracket.  The question was what effect had the discriminatory act had on Miss O?  On the facts of this case, this was a serious matter.  However, the EAT did find that there was an element of double-counting in the aggravated damages award and held that this should be reduced by £1,000.

As the EAT noted, the precise level of award under the Vento guidelines will depend on the facts of the case.  The Employment Tribunal has a wide discretion in its assessment of compensation.  Awards for injury to feelings are intended to compensate the individual for that injury, not to punish the employer. However, one-off acts of discrimination might well justify an award falling in the middle or higher Vento brackets.  Employers should not assume, therefore, that one-off acts of discrimination will only lead to an award in the lower Vento bracket.

The case is also a useful reminder to employers that successful claims for discrimination can lead to compensation other than just for financial loss.  In addition to awards for injury to feelings, Tribunals can award sums for aggravated damages and personal injury depending on the circumstances of the case.

Employers should have in place well publicised and consistently enforced Equal Opportunities policies and regular training.  We can provide employers with Equality Awareness training at your workplace.   For further details, please contact us.