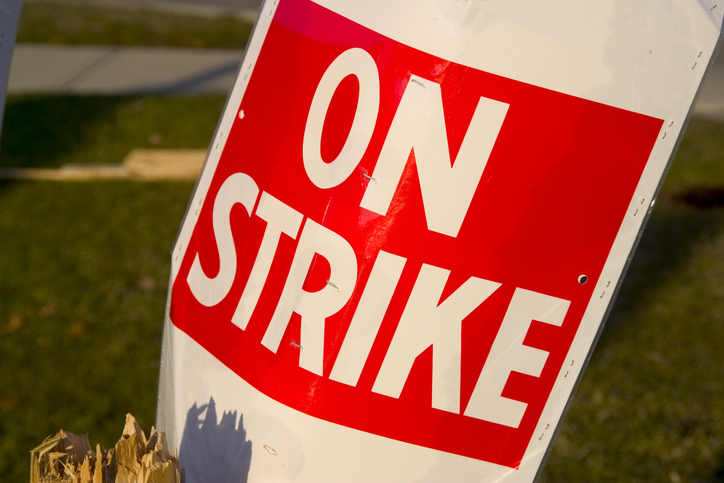 Is an employee who takes part in a strike protected from detriment?

The Trade Union and Labour Relations (Consolidation) Act 1992 (TULRCA) protects employees from detriment connected with trade union activities.  Employers must not subject a worker to a detriment for the sole or main purpose of preventing or deterring them from taking part in the activities of an independent trade union at an appropriate time, or penalising them for doing so.  An appropriate time is time outside of working hours or within working hours if the employer consents.

Separate regulations against blacklisting (Employment Relations Act 1999 (Blacklists) Regulations 2010) make it unlawful for employers to compile, supply or use a “prohibited list.”  This includes a list containing details of persons who are taking part or have taken part in trade union activities and which is compiled for discriminatory purposes.   “Discrimination” means treating a person less favourably than another on grounds of trade union activities.  An employee can issue a claim in the Employment Tribunal under these regulations if the employer subjects them to a detriment for a reason connected to a prohibited list.

Previous case law had interpreted the phrase “activities of an independent trade union” to exclude taking part in industrial action in the context of detriment claims.

The employees are airline pilots and members of a trade union which is recognised by the employer for collective bargaining.  They all participated in a strike called by the union.  Following the strike, the employer withdrew concessionary travel benefits from them for a year. A spreadsheet listing the names of strikers had been compiled and used to suspend each pilot’s ability to use the system to book concessionary travel for a twelve-month period.

The pilots issued Claims in the Employment Tribunal (ET) complaining that withdrawal of the benefits constituted an unlawful detriment under TULRCA.  They also claimed that they had been subjected to a detriment under the Blacklists regulations.

The matter progressed to the Employment Appeal Tribunal (EAT). The issue for the EAT to consider was whether, or in what circumstances, participation in industrial action is to be treated as amounting to participation in trade union activities.

This case follows a judgment earlier this year, in which the EAT had held that as a matter of ordinary language, the phrase “activities of a trade union” would include participation in industrial action.  That case related to an employee who had been suspended because of her participation in a strike called by her union.

It is now clear that employees who take part in union industrial action are protected from detriment under TULRCA and under the Blacklists regulations.

Employers should also be aware that it is automatically unfair to dismiss an employee for taking part in the activities of an independent trade union.

Ryanair DAC v Morais and Others