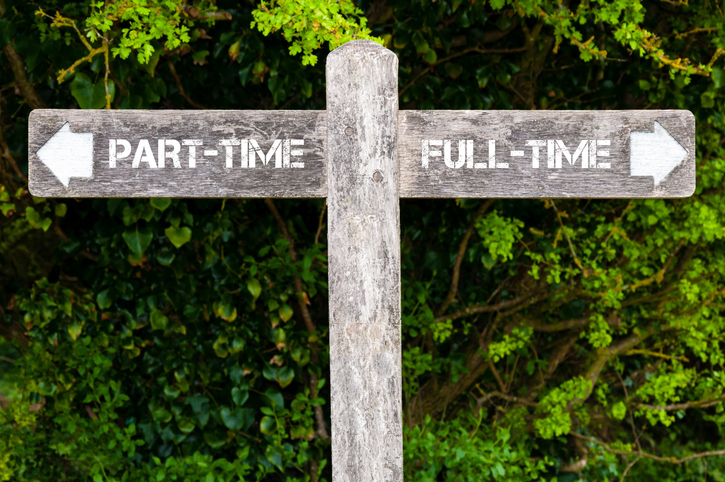 Can a failure to offer a disabled employee part-time work be justified?

Discrimination arising from disability happens where an employer treats an employee unfavourably because of something arising in consequence of the employee’s disability; and the employer cannot show that the treatment is a proportionate means of achieving a legitimate aim.  When deciding whether or not a measure is “proportionate”, it is relevant for a Tribunal to consider whether or not a lesser measure could have achieved the employer’s legitimate aim.

Dr A was signed off work on long-term sickness absence after suffering a heart attack, and it was accepted that his ongoing heart condition was a disability for the purposes of the Equality Act 2010.  The employer received medical advice which supported the view that it was unlikely that Dr A would ever be able to return to work full-time, but that he would be able to return to part-time work on a phased basis.  Dr A emailed the employer to say that he was fit to return to work and asked for their proposals.  He was invited to a capability meeting during which he agreed that he would not be able to return to full-time work and said that he needed to take further sick leave due to a shoulder condition.  The following day he submitted a doctor’s certificate signing him off work for six weeks.   On the expiry of his doctor’s certificate, the employer wrote to Dr A and informed him that he was to be dismissed with immediate effect on grounds of capability.

Dr A issued claims in the Employment Tribunal including unfair dismissal and discrimination arising out of disability.  The Tribunal found that the dismissal was procedurally unfair because the employer had not obtained an updated medical report about his fitness to return to work or discussed the possibility of part-time working.  However, it rejected the discrimination arising out of disability claim on the grounds that the dismissal, although unfavourable treatment, was a proportionate means of achieving a legitimate aim of providing the best possible patient care.

The EAT found that the Tribunal’s decision on the discrimination claim was unsafe.  Although the Tribunal had considered the impact of Dr A’s absence on the employer’s financial and operational costs and the effect on continuity of patient care, it had failed to consider the possibility of Dr A returning on a part-time basis as a less onerous way of the employer achieving its legitimate aim.  Given Dr A had said that he would be able to return on a part-time basis and there was medical evidence to support this, that was a relevant alternative which could have been a less discriminatory way of achieving the employer’s legitimate aim.  The claim was therefore sent back to the Tribunal to reconsider the point.

Dismissal of an employee due to their long-term sickness absence will, where the employee’s sickness is a disability under the Equality Act, invariably be unfavourable treatment arising out of disability.  It will therefore be key for the employer to be able to show that they can justify that treatment.  This will involve careful consideration of what the employer’s legitimate aim is, and whether a lesser measure could achieve that aim.  If alternative action could be taken, a failure to do so could expose the employer to the risk of a successful claim.  The employer should also consider whether it has a duty in the circumstances to make reasonable adjustments to help the employee return to work, as a breach of that duty can amount to discrimination.