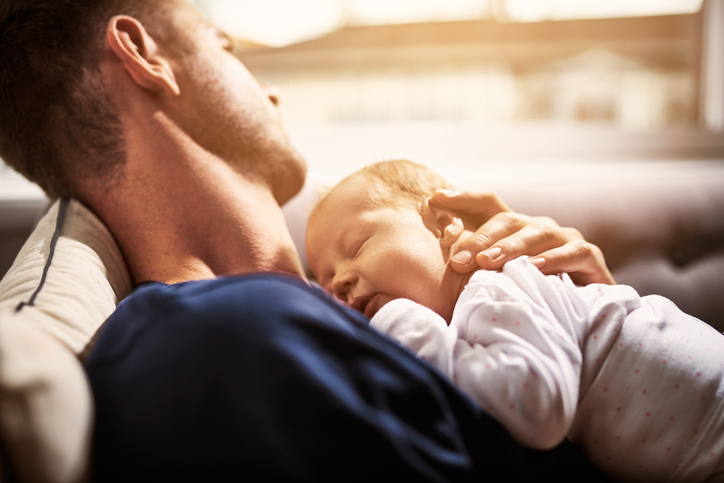 Since the introduction of the Shared Parental Leave provisions in April 2015, there has been debate about whether employers are required to match any enhanced maternity pay package with enhanced Shared Parental Pay (ShPP).  There is no statutory obligation to do so.  However, the risk for an employer is that a failure to match enhanced maternity pay could amount to sex discrimination.

Until recently, there was case law to support the view that a failure to match enhanced maternity pay does not amount to direct sex discrimination.

In Shuter v Ford Motor Company Ltd the Employment Tribunal considered whether an employer’s failure to pay enhanced paternity pay during additional paternity leave (APL), when it paid enhanced maternity pay, was direct sex discrimination.  The Employment Tribunal found that it was not.   It compared Mr S with a female applicant for APL.  Since both men and women taking APL would receive statutory pay only, a man would not be treated less favourably because of his sex if he was only paid statutory pay during APL.  The Tribunal also considered Mr S’s claim that the failure to enhance pay was indirect sex discrimination.  It found that there was a practice of paying statutory pay during APL which applied to both men and women and that men were likely to suffer a disadvantage, as “common sense tells us that the largest group eligible for APL are fathers”.  Mr S did suffer a disadvantage as he received statutory pay only.  However, the Tribunal found that the treatment was justified on the particular facts.  The employer’s aim was to promote recruitment, retention and development of women within a male-dominated workforce.  If APL had been on full pay, it was likely that take up would be higher and this would have been unsustainably disruptive and costly.

APL is no longer available for parents of children expected or born after 5 April 2015.  However, do the same principles apply to enhanced ShPP?  Case law to date is divided.

A claim against Leicestershire Police that paying statutory pay during Shared Parental Leave was discriminatory when a female employee on maternity leave would receive full pay failed.  In that case, the Employment Tribunal compared Mr H with a hypothetical woman taking Shared Parental Leave who is the wife or civil partner of a woman who has just given birth.  As all employees taking SPL were paid statutory pay only, the hypothetical woman would be treated in exactly the same way as Mr H.  There was therefore no less favourable treatment of Mr H and no direct discrimination.  This appears to follow the same reasoning as in the Shuter case.  Unlike in Shuter, however, the Tribunal found that there was no indirect discrimination and that this claim was a “non-starter” and could not “get off the ground”.  Men were not put at a disadvantage by any rules connected with Shared Parental Leave, but by the fact that in practice, one has to be a woman to get enhanced maternity pay.

More recently, however, a different Employment Tribunal has held that a failure to pay enhanced ShPP did amount to direct sex discrimination.  Mr A complained that as a male employee, he was entitled to only two weeks paid paternity leave following the birth of his child under his employer’s paternity leave policy, whereas in this particular company, a female employee would be entitled to 14 weeks’ pay under a maternity policy.  Mr A’s wife suffered from post-natal depression and had been medically advised to return to work to assist her recovery.  Mr A was advised by his employer that he was eligible to take Shared Parental Leave but would be entitled to only statutory pay.

Mr A accepted that there was justified special treatment of a female employee for the first two weeks of the leave because the female employee was required to take compulsory maternity leave, which is related to her recovery following childbirth.  However, in that two weeks Mr A was also paid his full pay for taking parental leave, so was not less favourably treated.

Mr A’s complaint was that in the following 12 weeks, when he wanted to take leave with pay to care for his baby, he was deterred from doing so because he would only receive statutory pay.  He argued that the assumption that as a man caring for his baby, he was not entitled to the same pay as a woman, took away the choice he and his wife wanted to make and was not a valid assumption in 2016.

The Tribunal noted that either parent can perform the role of caring for their baby in its first year depending on the circumstances and choices made by the parents.  Traditionally more mothers have taken primary responsibility from birth and immediately afterwards but that does not necessarily follow.  There may be circumstances where different choices are made to suit the parents and their particular circumstances.  The Shared Parental Leave provisions were introduced to encourage more flexibility and for fathers to take a greater role and move away from outdated and stereotypical assumptions about which parent should care for the baby after the compulsory maternity leave period.

In this case, the Tribunal compared Mr A with a hypothetical female employee who had a baby and took leave to care for her baby after the compulsory leave period.  It found that Mr A had suffered less favourable treatment than that hypothetical employee and that the reason for the less favourable treatment was his sex.  The Tribunal also found in this case that there was no indirect discrimination because the enhanced pay applies only to women, and so is not gender neutral.

There is no legal obligation to pay an enhanced rate of pay for Shared Parental Leave.  It is therefore a matter for the employer to decide how differences in pay between men and women are treated and whether those differences should be maintained.  From an employee relations perspective, many employers may want to make equal provision in their maternity leave and Shared Parental Leave schemes, since the purpose of enhancing benefits is to attract and retain capable employees.

However, if an employer chooses not to match enhanced maternity pay, there is a lack of clarity.  Unfortunately, although the two cases on Shared Parental Leave are united in the view that this does not amount to indirect sex discrimination, there are conflicting views on whether it amounts to direct sex discrimination.  This makes it difficult for employers to make informed decisions and develop their policies.  There is still very limited case law on this issue.  Added to this, the decisions are all at Employment Tribunal level, which is not binding.  It has been reported that Mr A’s employer will appeal.  Until clarity is provided by the appeal courts, uncertainty will undoubtedly remain for employers.