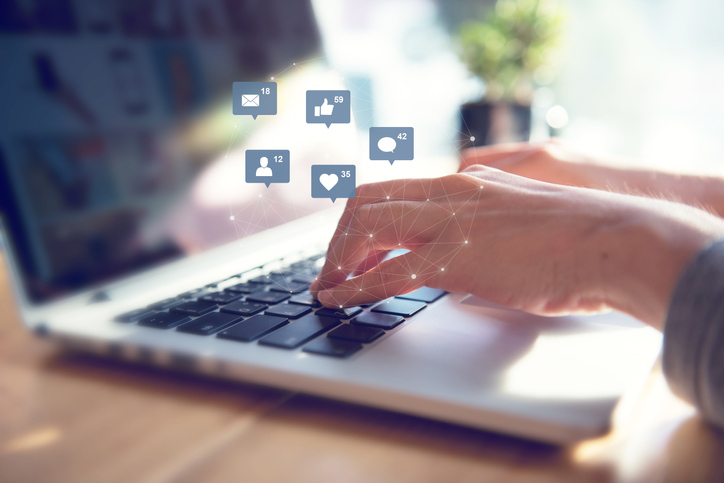 Harassment occurs when one person engages in unwanted conduct related to a relevant protected characteristic, for example race, and that conduct has the purpose or effect of violating another person’s dignity or creating an intimidating, hostile, degrading, humiliating or offensive environment for that other person.  A Tribunal must take into account factors including whether it is reasonable for the conduct to have that effect.

An employer can be liable for the acts of an employee done “in the course of employment”, whether or not that act is done with the employer’s knowledge or approval.  An employer can have a defence if it can show that it took all reasonable steps to prevent the discriminatory act from occurring.

Mr F’s colleague, Ms S, posted an image of a golliwog on her private Facebook page with the caption “Let’s see how far he can travel before Facebook takes him off”.  The image was shared with Ms S’s list of Facebook friends, including another colleague, BW.  BW showed the post to Mr F.  Mr F complained to his employer of harassment by Ms S on the basis that Ms S had posted the image and that it was being circulated in the workplace.  Mr F’s grievance was upheld and disciplinary proceedings were commenced against Ms S.  Ms S apologised and received a final written warning for breach of the employer’s dignity at work policy.  Mr F was later rostered to work alongside Ms S.  When he raised a concern, he was moved to another location.

Mr F issued a claim in the Employment Tribunal (ET) of harassment, victimisation and discrimination.  In relation to harassment, the ET found that although Ms S had shared an image that was capable of giving rise to offence on racial grounds, her act of posting the message on her Facebook page was not done “in the course of her employment” and was therefore not one for which the employer could be liable.

The ET also found that the sharing of the image did not have the purpose or effect of creating an intimidating, hostile, degrading, humiliating or offensive environment for Mr F.  It took into account that Ms S shared the image privately, it was amongst her friends list, it was not done at work, Mr F was not on her friends list, and when the offensive nature of the image was explained to Ms S she apologised.  It found that it was not reasonable for the sharing of the image to have had the effect that it had on Mr F.

The ET then took into account that the employer has policies which make clear that the behaviour complained of was unacceptable, and that the policies are brought to the attention of employees.  The employer took the matter seriously, having followed the disciplinary procedure and issuing a final written warning.  It therefore found that the employer had taken reasonable steps to prevent the employee from doing the discriminatory act.

The Employment Appeal Tribunal (EAT) agreed.  It found that whether or not an act is done “in the course of employment” is a question of fact for the Tribunal having regard to all the circumstances.  The relevant factors to be taken into account might include whether the act was done at work or outside of work.  In this case, the ET had concluded that Ms S’s act of posting the image was not done in the course of employment.  It was a private non-work-related Facebook account and the image was shared amongst her Facebook friends which largely did not include work colleagues.  Ms S was not at work when she posted the image, had not referred to the employer or any employees, and did not use the employer’s equipment in sharing the image.

There are number of interesting points that arise from this decision.  Firstly, the EAT noted that the outcome of this complaint might have been different if BW had been the target of the harassment complaint.  This is on the basis that his act of showing the offensive image to Mr F was done in the workplace and might be said to have been done “in the course of employment”.  However, this was not a point that the EAT had to decide.  This could make employees reluctant to tell colleagues if they see offensive comments about them on social media.

Secondly, as the EAT noted, it may be difficult to determine whether there is sufficient connection between an activity carried out on an employee’s personal social media account and their employment.  However, if a social media account is used for purposes relating to work, there may well be a sufficient connection to render any act done on that account as being done in the course of employment.  There may, therefore, be circumstances where the sharing of an image on a Facebook page or other social media platforms could be found to done in the course of employment.

Thirdly, the fact that the employer considered it appropriate to take disciplinary action against Ms S did not mean that the conduct in question was necessarily done in the course of employment.  Therefore, employers should continue to consider whether to commence disciplinary proceedings against employees if allegations of this nature arise.