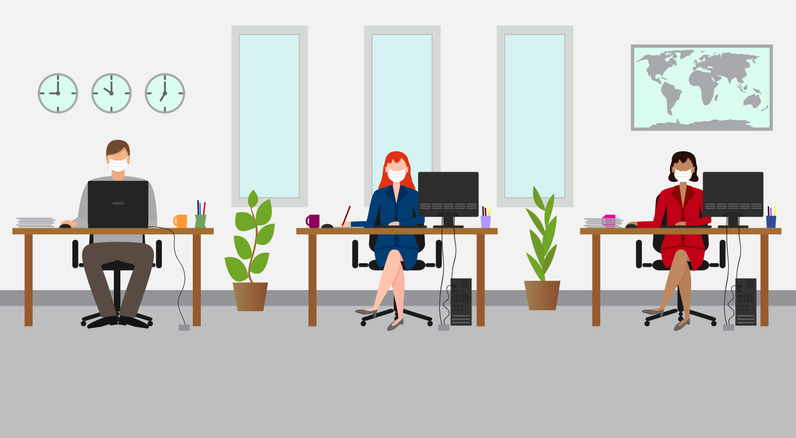 Was it automatically unfair to dismiss an employee who expressed concerns about working in the office and asked to be furloughed?

A dismissal is automatically unfair if the reason for it is that in circumstances of danger which the employee reasonably believed to serious and imminent, he took (or proposed to take) appropriate steps to protect himself or other persons from the danger (s.100 (1) e) Employment Rights Act 1996).

In a recent case, the Employment Tribunal (ET) considered whether it was automatically unfair to dismiss an employee who expressed concerns about commuting and working in the office during lockdown; and repeatedly asked to be furloughed.

Mr. A was employed by a company that sells and distributes PPE.  In March/April 2020 the employer was very busy.  Following the announcement of a national lockdown on 23 March 2020, the employer communicated to employees that the company would remain open but that any desire by employees to refrain from work would be respected; and that any requests for immediate paid or unpaid leave would be approved.  Mr. A raised the issue of home working and was told that this was not an option.  Employees who wanted to self-isolate could do so but they would have to take holiday or unpaid leave.  In addition, Mr. A’s role could not be carried out from home.

Mr. A continued working and travelling to work until 30 March 2020.  He developed symptoms of Coronavirus and left work to self-isolate.  He then remained signed off work.  In April, Mr. A emailed the employer asking to be temporarily placed on furlough.  He was told that this was not an option, as the Company was still trading and there was still work for him to carry out.  Mr. A stated that he did not feel comfortable with the idea of using public transport and coming into the office during the lockdown.  He repeated his request to work from home or be furloughed.   Mr. A was dismissed and paid in lieu of notice.

Mr. A had less than 2 years’ service and was unable to claim “ordinary” unfair dismissal.  He issued a claim in the ET for automatic unfair dismissal under s. 100 ERA 1996.

The ET found that Mr. A could not have worked from home.  He was a key worker and the employer’s business was in the forefront of distributing PPE.  It found that before the lockdown was announced, the employer was moving towards hand sanitisation, extra cleaning and doing its best to isolate the workforce; and this had been communicated to the workforce.  Given the Government announcement in February that the incidence or transmission of Coronavirus constituted a serious and imminent threat to public health, there were circumstances of danger which an employee could reasonably have believed to be serious and imminent.  The ET accepted that Mr. A reasonably believed the danger to be serious or imminent.

However, the ET found that the steps Mr. A was taking to protect himself or others from the danger was to remain at home and not to travel on public transport or go into the office.  That had always been allowed by the employer through paid or unpaid leave.  The employer reasonably and justifiably decided that Mr. A could not work from home and that he did not qualify for furlough.  Therefore, the steps proposed by Mr. A were not “appropriate steps” in that he was not only wanting to stay at home (which was agreed) but also demanding that he be furloughed or allowed to work from home.  These were not appropriate steps to protect him from danger.  The claim therefore failed.

This decision is at Tribunal level and is therefore not binding on other Tribunals.  Importantly, employers should remember that all cases depend on their particular facts.  This case is a useful reminder that the pandemic may not in itself justify a refusal to attend work under s.100 ERA 1996. However, employers should ensure that they have measures in place to ensure that the workplace is Covid secure; that the measures are communicated effectively to employees; and that they reasonably attempt to accommodate employee concerns.