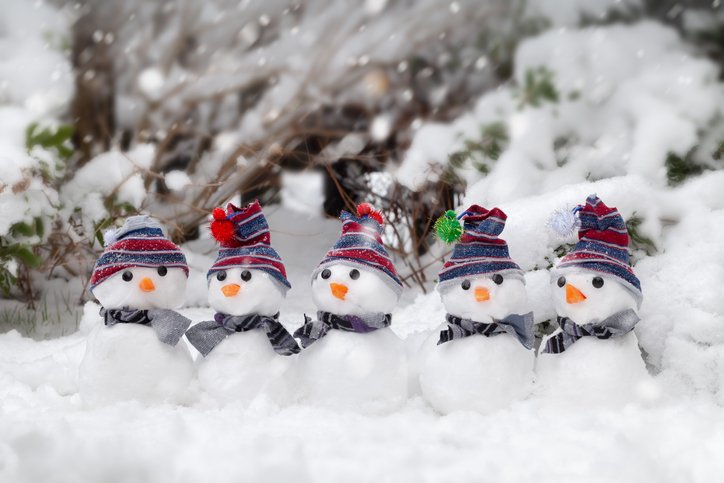 It has been another busy year for employers and HR professionals.  As the year draws to an end, we have picked our top five cases of the year that employers should be aware of and the lessons to be learnt from them.

Number five – detriment for taking part in a strike

An employee has the right not to be subjected to a detriment by their employer for the sole or main purpose of preventing or deterring them from taking part in independent trade union activities at an “appropriate time” or to be penalised for doing so.   This protection is given under section 146 of the Trade Union and Labour Relations (Consolidation) Act 1992 (TULRCA).

However, is taking part in strike action an activity protected by Section 146?  Not according to the Court of Appeal, which confirmed earlier this year that Section 146 does not offer protection from detriment short of dismissal for those taking part in or organising official industrial action. In this case, the detriment alleged was suspension pending a disciplinary procedure following allegations that the employee had abandoned her shift without permission.

Unison have announced that the Supreme Court has granted permission to appeal the Court of Appeal’s judgment, and anticipate that the hearing will take place in the latter part of next year. In the meantime, employers considering taking action short of dismissal against employees who take part in strike action should seek legal advice.

Employers should also be warned that TULRCA does provide protection against dismissal for employees taking part in official industrial action.  It is automatically unfair to dismiss an employee if the reason for the dismissal is that the employee took part in protected industrial action and the date of dismissal falls during a protected period of 12 weeks (or, in certain circumstances, after that period).

Where an employer fails to recognise a worker’s right to paid annual leave throughout their engagement, how long does the worker have to bring a claim in the Employment Tribunal?  Three months after the date of the end of the engagement, clarified the Court of Appeal this year.

The Court set out in an appendix to the judgment wording that it suggested should be read into the Working Time Regulations: “Where in any leave year an employer fails to recognise a workers’ right to paid annual leave and cannot show that it provides a facility for the taking of such leave, the worker shall be entitled to carry forward any leave which is taken but unpaid, and/or which is not taken, into subsequent leave years.”

Is the non-renewal of a contract and the failure to offer employment because an individual holds or expresses a ‘gender critical’ belief direct discrimination? Yes, on the facts of this case, found the Employment Tribunal in July.

Ms F holds the belief that biological sex is real, important, immutable and not to be conflated with gender identity, and expressed her beliefs on social media.  Colleagues expressed concerns that her comments on social media were transphobic.  Her Fellowship was not renewed and she was not offered a contract of employment.

In this case, the Tribunal considered that although individuals might be offended by her statements, Ms F’s tweets were straightforward statements of her protected belief and were little more than an assertion of that belief.  They were not objectively unreasonable or an inappropriate manifestation of her belief.  The Tribunal found that the decision not to renew her Fellowship or offer employment was because of her belief, and was direct discrimination.

Is implementing a pay increase that has not been agreed with a recognised Union an inducement to forgo collective bargaining, even where the employer has stated that the pay increase in their ‘best and final’ offer?

Yes, found the Employment Appeal Tribunal on the facts of this case.  The employers had entered into collective bargaining agreements with a recognised union, but the agreements did not set out a minimum or maximum number of meetings that should take place during any collective bargaining process; and could be terminated by either party at any time on three months written notice.  During pay negotiations, the Union stated that they could not recommend anything below 3% to their membership.  The employer put forward a “best and final” offer of 2.8%.  The Union presented the offer to its members but did not recommend it for acceptance or put it to a vote.  The employer considered that the collective bargaining agreement had been exhausted and told employees that they would implement the pay increase.

The Employment Appeal Tribunal found implementing the pay increase was an offer that was accepted by the employees continuing to work; and that the offer had the effect of bypassing the collective bargaining process.  An employer cannot avoid its obligations simply by stating that any particular offer is a “final” one.  Where there is no structured agreement for collective bargaining, the proper approach is to ascertain objectively whether or not negotiations were, as a matter of fact, at an end.  In this case, the parties were sufficiently close to agreement that “an observer would regard it as more, rather than less, likely that agreement would have been achieved by further collective bargaining.”

The Supreme Court has now given guidance on the long-running saga of how to calculate holiday pay for term time workers.  The judgment will have implications for employers who engage employees on permanent casual or zero hours contracts; or part-time workers who only work some weeks of the year (such as term-time workers) and whose hours of work vary.

The Court has clarified that a part-year worker is entitled to 5.6 weeks’ annual leave, and that this is not pro-rated to that of a full-time worker.

In relation to holiday pay, where an employee has no normal hours of work, a week’s pay is calculated using the average of the 52 preceding weeks.   Weeks during which the employee is employed but not paid should be ignored.

The judgment gives final confirmation that the 12.07% method of calculating holiday pay, traditionally used by some employers for part-year workers, is incorrect.  Employers still using that method should be reviewing their procedures.